A Normie’s Introduction to John/Jane Does, by Rick Tracy 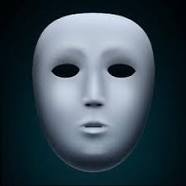 Many people I have spoken to about various John and Jane Does are perplexed as to why these victims can go decades and still not be identified to this day. There is this idea that someone in the surrounding area should know about these bodies or that families of missing loved ones have submitted their DNA and are actively searching for them. Unfortunately, the truth behind these Does paints a bleaker picture. Often times these persons are from completely different states and sometimes different countries. Law Enforcement recently solved a case where an unidentified mother was discovered along with her 2 children inside barrels at a State Park in New Hampshire. This woman was later identified to be Marlyse Elizabeth Honeychurch. Marlyse moved back and forth between Connecticut, Massachusetts and California from 1971 to 1978. She had children from 2 different fathers and most recently started a relationship with serial killer Terry Rasmussen prior to her disappearance. Marlyse’s parents assumed she wanted no further contact with her family after leaving with Terry due to an argument in California.

Another Doe case recently solved was that of Lyle Stevik. He was a 25 year old from California who committed suicide in a motel in Washington on September 16th, 2001. Although not much has been revealed about his newly discovered identity, it is reported that the family of Lyle believed that he was alive and wanted no contact with them. Fortunately for us and our family, we live in a society where humans and circumstances tend to be predictable. However, despite our predictive nature there are those who still slip through the cracks. A perfect storm of circumstances which makes a person virtually unidentifiable. As stated previously, victims coming from different states with strained family relationships are often the biggest factors when it comes to unidentified persons.

This brings us to the DNA, and more specifically the genetic genealogy side of things. The first hurdle is that sites like 23andMe and Ancestry will not allow law enforcement access to information nor to use their services. The next issue is that the DNA samples in the police databases are not the right type to be quickly utilized in forensic genealogy. This means that the DNA is essentially useless unless a family submits their DNA to law enforcement or the Doe had prior criminal history where he or she submitted their own DNA. This leaves investigators to use websites like GEDmatch, in which users upload their DNA results online. Famous murderers such as the Golden State Killer and Norcal Rapist were apprehended due to this website.

Now, this method has not been without its share of setbacks and controversies however. The first issue is the government having access to our DNA. This ethical concern is one of the reasons why sites like 23andMe will not give information to law enforcement and why GEDmatch only allows LE to use the site for rape, murder, and identifying bodies. Also, in May of this year, a teenager was arrested for a violent assault through the use of GEDmatch. Since assault was not part of the terms of service for LE, every user of the site had to log back in and agree to the new terms of service. This setback might have impacted thousands of DNA samples.

Recently in the news, a volunteer organization by the name of The DNA Doe Project has been making great strides in identifying the unidentifiable. Even the aforementioned Lyle Stevik was reunited with his family from the group’s efforts. I highly recommend looking at the active cases on their website as these persons will hopefully be named very soon. As I write this, the DNA Doe Project has just identified the person known as “Orange Socks” to add to their dozen success stories since 2017. Orange Socks was murdered on October 31, 1979 and was thrown off a guard rail on I-35 in Georgetown Texas. Her physical features including unshaven legs, unkempt toenails, and bug bites suggest she was a hitchhiker.

I will link one active case in particular, that of the Vernon County Jane Doe. Jane was discovered on May 4th 1984 on a gravel road near Wetsby, Wisconsin. Her face has been rendered unrecognizable due to severe blunt force trauma. Both of her hands have been removed in order to conceal her identity to further add to the mystery. I look forward to hearing a break in her case very soon.