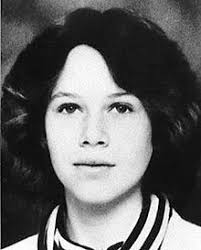 April 26th, 1980 Judith Rahn comes home to an unlocked door with her daughter in bed around 1:00am. Around 3:00am she checks on her daughter and discovers that it is not Laureen but her female friend.

She goes on to state that Laureen had been drinking with another guy and Laureen told this female friend she was going to sleep on the family room couch.

This male friend stated he left when he heard noises in the Hallway. This male later committs suicide 5 years later.

Investigators found out that ALL the light bulbs have been purposely unscrewed on ALL three floors.

The Santa Monica calls were traced to a location where a supposed “Dr. Z” conducted his child pornography business.

There has been sightings but nothing tangible.

I had managed to locate and speak to Roger Maurais. The former boyfriend and individual whose mother answered a phone call from a girl claiming to be “Lori” or “Laureen” 6 years later. Here were some of his insights:

I was able to work backwards and find the name of this poster from her supplied email. Jordan Castle. I was able to Locate a Jordan in Manchester and her mother Kristin Castle (first name was revealed from post)Jordan’s Reddit Post

I spoke again to Roger. He fully believes that Kristin is the girl. Personally, it is peculiar to hang up the phone for a case like this. We think she is hiding something.

Because of her daughter’s loose lips, we now know that there were in fact 2 males at the scene. This is contradictory to all accounts that say only 1 male.

I also managed to locate Laureen’s mother. She seemed skeptical of my intentions and wasn’t too thrilled (I feel bad for this). However, the mother confirmed the identity of Kristin and the 2 males being there.

**The other question that needs to be addressed is why would Kristin be asleep when 2 males were over? If it was only 1 it would make sense that she would give privacy. But not 2.

**Also, if Laureen did in fact run out to chase the males who had left, it is safe to assume all 4 people were up and interacting. This would totally disprove Kristin’s statement on being asleep.

Terry Rasmussen – Serial Killer who lived less than a mile from Laureen. Known for the Bear Brook Murders.

Out of all the potential evidence, what do you personally think happened to Laureen?

If not California, how do you explain the coincidence of a teen sexual assitance hotline from a physician who hosted runaways and possible child pornography?

Do you believe a mother who comes home and yells at her kids and makes them do chores is really abuse?