There would likely be no fantasy novels, art, or movies without him. Tabletop games like D&D wouldn’t exist, and where would fantasy metal draw their stories from, if not for this man and his amazing imagination. That’s right, none of that would have been a thing if not for JRR Tolkien. He created the entirety of Middle Earth…or did he have access to ancient history, long lost and untranslated? Did goblins, orcs, elves, dwarves, hobbits, and dragons exist on the British Isles long long ago, or were they simply all out of the mind of Tolkien? Reinhardt and our special guest Art break down the truth, half truth, and outright lies about the man responsible for setting millions of children’s imaginations on endless journeys into the realms of fantasy. To the dark places where there be monsters, where dragons dwell, and where dwarves, elves, and men vie for power. Let’s get /comfy/ and head on down to Middle Earth and beyond.

Here is the link to the “109 Times” Vocaroo: https://vocaroo.com/1aRUp6WAmBwS

With: Johnny Monoxide, Reinhardt Von Krieger, and Jack the Intern

Music Break: Part of You, by Bring Me the Nation State

Creepypasta: Such A Terrible Thing, read by Jack Hoffman 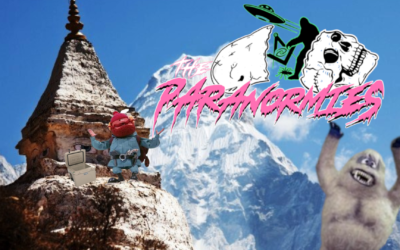 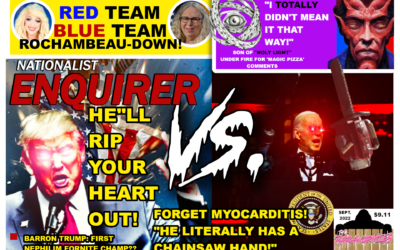 TNE: SHALOM AND THANKS FOR ALL THE KIDS: THE BALENCIAGA WAYFAIR S7 EP85